Best friends Aldo, Pen, and Jasper are braced for a boring summer. That is, until they see a slightly transparent boy with a bad haircut appear by the soccer field and then disappear into the woods beyond. The boys follow him and discover the long-abandoned Grauche Orphanage for Orphans, a crumbling old house that is most definitely haunted.

But the ghosts are not the problem. They have been trapped at the orphanage they once lived in by a cranky poltergeist that erupts into violent tantrums if they put even a spectral toe across the property line. The ghosts ask the boys to help free them—but who is the angry poltergeist and what does it want? To solve the mystery, the trio must investigate the orphanage’s dark past, evade Aldo’s nosy older brother, borrow a skeptical librarian, and duck lots of flying furniture, all while failing to agree on almost anything.

Can they defeat the evil entity and rescue the ghosts before their parents catch on and ground them for eternity?

What to do if you think you have a polter-ghost:

First, don’t panic. You probably don’t have an actual polter-ghost. They’re very rare. In fact, I think ours was probably the only one ever. So you can thank your lucky stars for that.

How to tell a ghost from a poltergeist:

You can see a ghost. If they want you to see them. Otherwise you can’t. You can also hear a ghost, but they don’t moan or say “Boo” in my experience. Mainly they talk like living people except maybe more old-fashioned if they are ghosts from a long time ago. They have no substance, so they can’t move anything around, which is a pain for them. If they poke you or walk through you, you will probably shiver, but you might think there’s just a draft.

Poltergeists, on the other hand, are always invisible. They don’t say anything, but they can get your attention in other ways. Usually violent ways like throwing stuff at you and trying to slice you with swords and making you feel like you’re wearing a wasp jumpsuit. They can definitely move stuff around, which is a pain for the rest of us and something to watch out for and maybe think about wearing a helmet in case of.

How to tell if a ghost is friendly:

They wave if they’re friendly. It’s polite to wave back.

How to tell if a poltergeist is angry:

Signs you may have a ghost:

Signs you may have a poltergeist:

Recommended equipment for dealing with a poltergeist: 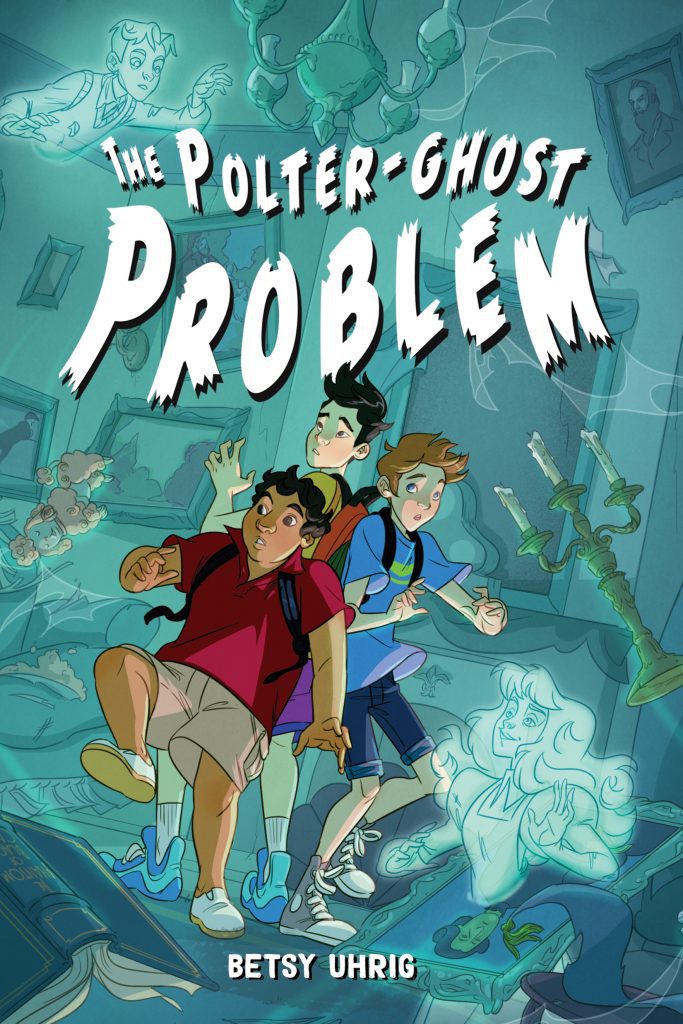 This book contains graphic images of mayhem and also a completely unnecessary index.